The AGM this year was held on Friday 4th November, at the small hall at Glastonbury Town Hall. This was a highly appropriate venue, as the small hall held the original Glastonbury Museum, established by our society after its foundation in 1886. The AGM was well attended, after which Dr Richard Brunning, of the South West Heritage Trust, spoke on his latest research findings regarding the Godney Canoe.

The canoe is housed in our museum on Glastonbury High Street. Wood samples from the canoe were sent for carbon dating earlier this year. Tests revealed that the canoe is not of Iron Age date as had been previously assumed, but is actually of Anglo-Saxon manufacture. Dating from between the early 8th to early 9th century, it is the only Anglo-Saxon boat to have been found in Somerset.

The Godney Canoe, photographed soon after its discovery in 1892. 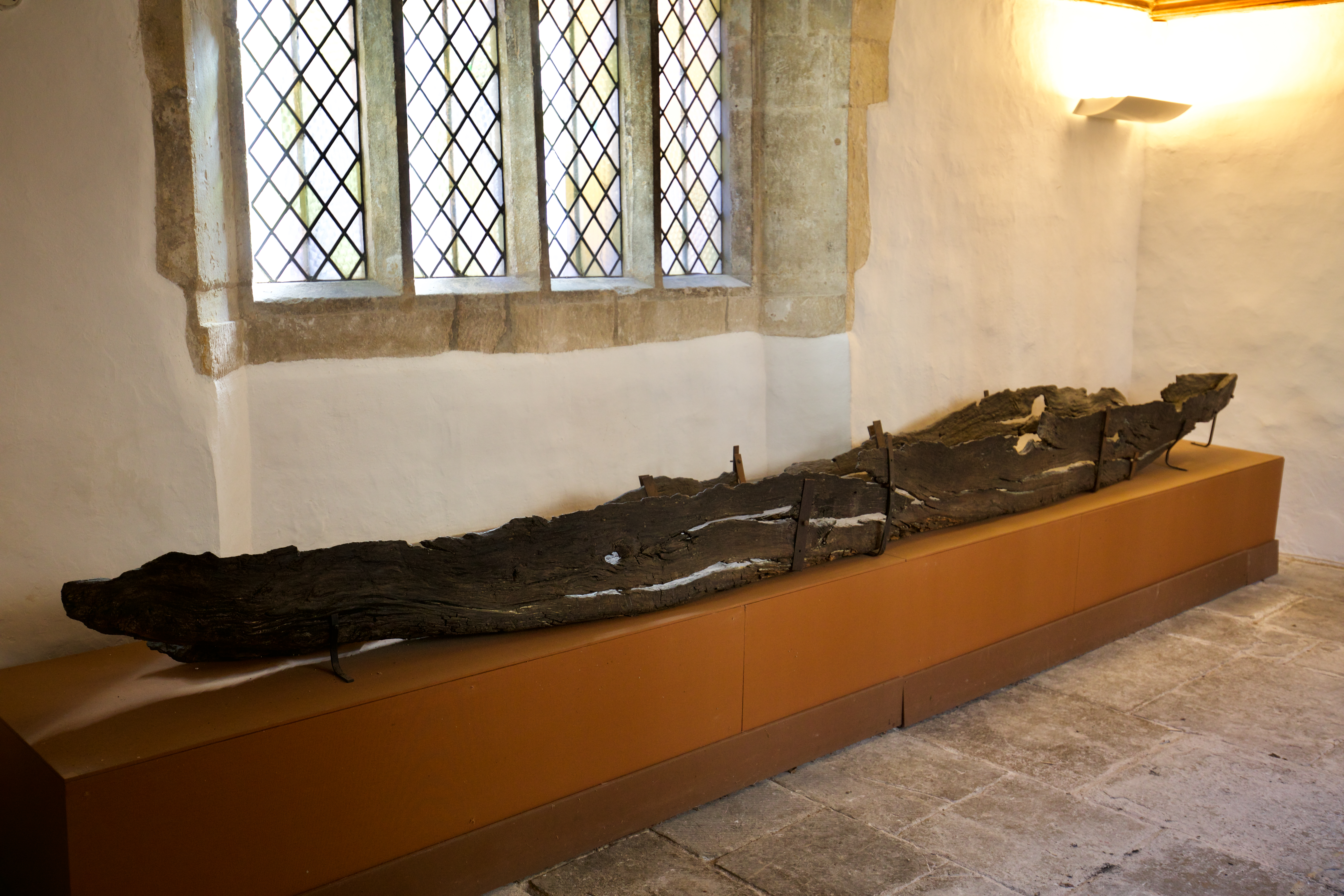 The Godney Canoe today, housed in the Tudor Kitchen at Glastonbury Museum at the Tribunal.

Dr Adam Stout's history of the Holy Thorn and its legends is now available - click here to find out more or buy the book .