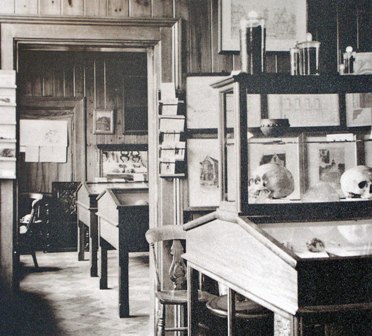 In 1885 Glastonbury solicitor, J. G. L. Bulleid, was mayor for the sixth time and he proposed that a museum should be inaugurated during his year of office. He was an energetic Victorian with immense knowledge of the town and its past. The market space under the Town Hall arches was enclosed and, with J. G. L. Bulleid as the first President, the Glastonbury Antiquarian Society was formed: to control the museum; to enjoy excursions, lectures & entertainments; to publish papers on historical and other matters of local interest.

Benefiting from its wide membership the museum opened with an immense range of exhibits, given or lent. Many members interested in local history donated their own collections to the Society which thus acquired its own library of great local interest which it subsequently expanded. 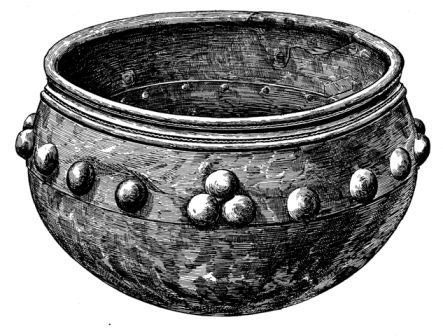 Meetings were held, papers were written, read and published. But the course of the Society was changed in 1892, when Arthur Bulleid, son of J. G. L., discovered the remains of the Iron Age Lake Village.

So the Society became responsible for the excavation and for publishing the results of a site of national and international significance. Arthur Bulleid qualified as a doctor and was in charge of the excavations, joined in 1904 by H. St. George Gray, secretary of the Somerset Archaeological Society and curator of its museum in Taunton castle. The field in which the Lake Village lay was given to the Society by the owner, Edward Bath.

In 1911 the excavations finished and by 1917 the detailed reports were published by Dr. Bulleid, then practicing at Midsomer Norton, and H. St. George Gray, based at Taunton Castle. They continued as joint curators of the museum which was adapted to exhibit their major finds. This curatorial role was subsequently accepted by the County Museum Service.

When the Borough Council needed the space under the Town Hall, the Ministry of Works, which had taken over the Tribunal, agreed to accommodate a representative Lake Village collection on the first floor with the Tourist Information Centre on the ground floor. 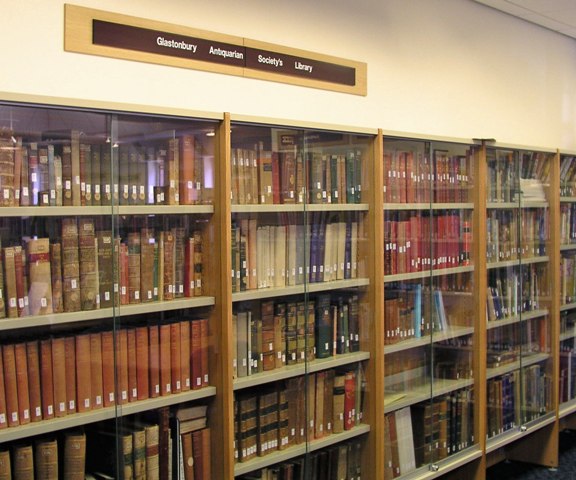 The staff of the County Museum, successors of H. St. George Gray, continue as curators, and have carried out excellent work of conservation and display.

The society’s extended library is now based in the County Library in Archers Way. We are most grateful to the County Council and to English Heritage for their help, which makes it possible for our Museum and our Library to remain available in Glastonbury.

For a £10 annual membership fee, members have access to the Library and the Lake Village collection at such times that the Archers Way Library and the Museum are open to the public. Members also enjoy a range of public lectures and field trips—usually of Glastonbury related subjects.